John’s career in music has been a long and varied adventure into multiple music genres, rock, soul, jazz, classical, folk, ethnic, choral, and even hip-hop, for movies, television, music theatre, recording and concert use. Months after coming down from Cambridge, (where he was vice-president of Footlights), he was arranging for Donovan with hits that included Sunshine Superman, Jennifer Juniper and Epistle to Dippy, and subsequently arranging and conducting Don’s music for Ken Loach’s Poor Cow. He soon found himself working as Music Director/Arranger on BBC Television’s Once More With Felix (Julie Felix), and The Bobbie Gentry Show series and on Stanley Dorfmann’s In Concert Series with artists such as James Taylor, Joni Mitchell and Randy Newman. During this period he had two hits as a songwriter – If I Thought You’d Ever Change Your Mind (Cilla Black and later Agnetha Faltskog) and Sweet Inspiration (Johnny Johnson and the bandwagon).

The first of John’s 50+ Movie scores as Composer was for the British classic, Ken Loach’s Kes, followed by films as diverse as The Ruling Class, Nightwatch, Black Beauty, and A Touch of Class – John’s score was Oscar nominated. At the same time his band CCS was in the charts with Whole Lotta Love (their version was the iconic TOTP theme for decades), Walking, Tap Turns On The Water and Brother, the last two penned with Blues legend Alexis Korner. He was the Arranger on every Hot Chocolate hit from 1974 to 1979 including Emma, You Sexy Thing, Everyone’s A Winner and You Win Again, followed by Heatwave’s first two and fourth albums, including Boogie Nights, Always and Forever, Groove Line and Gangsters of the Groove working alongside legendary songwriter Rod Temperton.

Then came Les Miserables! Originally arranging and conducting the concept album, the template for the 1979 Paris production, John wrote the Orchestral score for every production until 2006, (RSC, London, Broadway, Symphonic, Concert), and his score is still the basis for the present show, collecting Drama Desk and National Broadway Theatre awards on the way. Other shows he has arranged include Tim Rice’s Blondel,  David Essex’s Mutiny, the 1991, 2007, 2019 Production of Joseph and the Amazing Technicolor Dreamcoat, Spend, Spend, Spend and Honk! (both award winning shows), and more recently he was Co-Composer with the Gipsy Kings, and Arranger for Zorro The Musical (John nominated for Olivier Award). In Legit theatre his work for The National, Royal Court, RSC, and Hamburg’s Schauspielhaus included music composed for Simon Russell-Beale’s Hamlet, Beaux Stratagem, Man Is Man, Faust, Twelfth Night (in Swedish) Der Sturm (The Tempest) and Beckett. 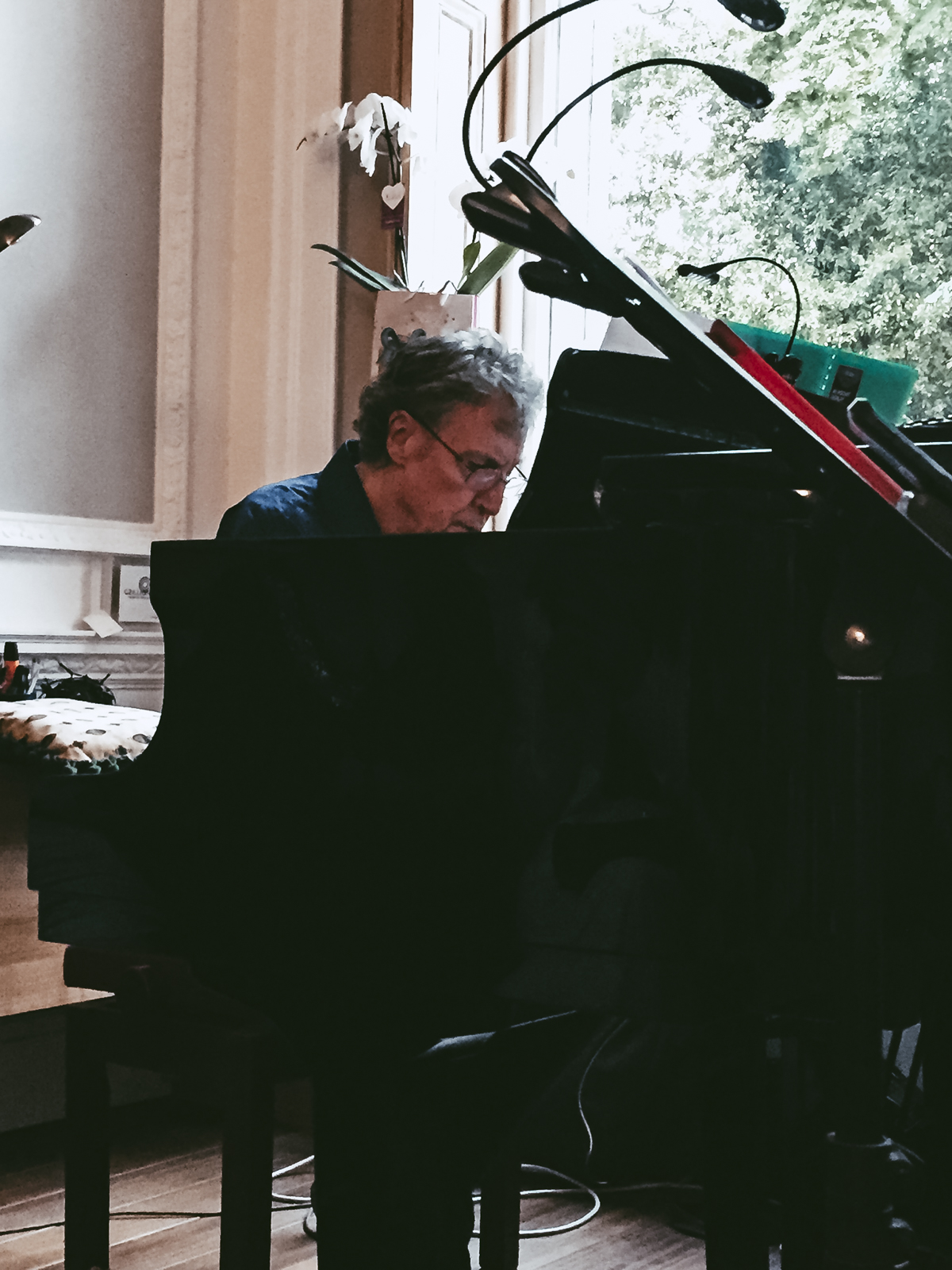 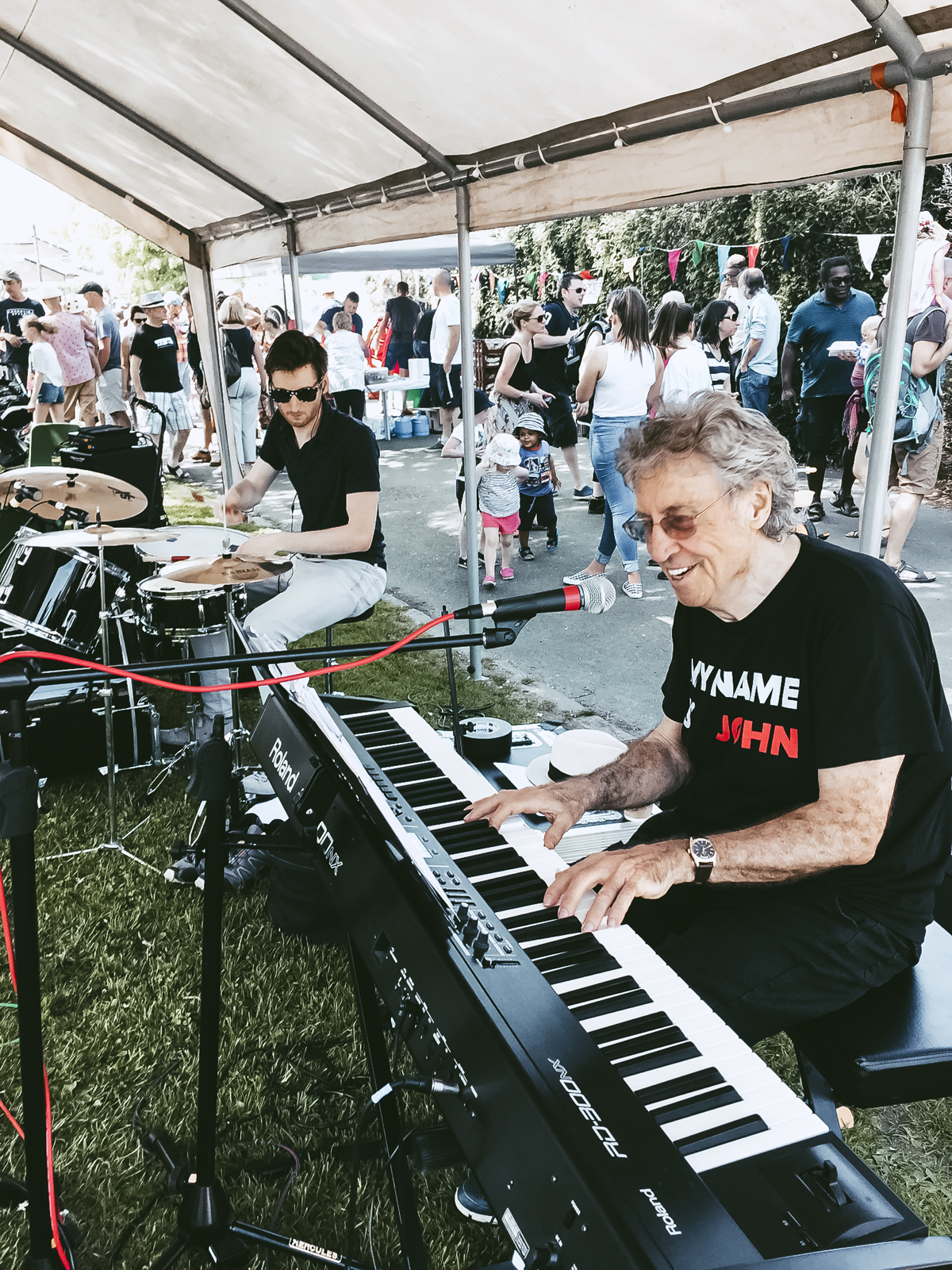 In the meantime John’s Movie scores included The Mirror Crack’d, Silver Dream Racer (with David Essex), Hawks (with Barry Gibb), Driftwood, and To End All Wars, and TV blockbusters such as the Emmy award winning Jack The Ripper, Jekyll and Hyde and Frankenstein as well as Witness For The Prosecution, The Secret Garden and the Raymond Chandler series Marlowe Private Eye. And more recently John was the Composer for Touchstone’s Little House on The Prairie and ABC’s The Path To 9/11 (for which he was Emmy Nominated). Recording work included the Passion and Pure Passion albums with Jose Carreras and work on the best selling classical albums Agnus Dei I & II with Edward Higginbottom and the Choir Of New College Oxford, who also featured on John’s recording of his own cantata Missa Celtica, along with the English Chamber Orchestra.

The past decade has seen John in Europe, recording with Opera star Joseph Calleja, Croatian rock star Tony Cetinski, Swedish Baritone Carry Persson, and more projects with Maestro Carreras. Then in 2013 John was commissioned by the Hubei Province Cultural Ministry, China, to write music and original English lyrics for the musical Nils’ Wonderful Adventures performed in Mandarin. Opening in Wuhan, in November 2013 with John conducting opening night, and subsequently touring 26 Chinese cities including Shanghai and Beijing, it was awarded the Golden Lion for Best Children’s Musical in 2014.

Recent renewed interest in John’s retro years has seen the release of the Kes soundtrack, a re-release of John’s early jazz album Off Centre, and of the DVD and soundtrack of cult movie Psychomania (aka The Death Wheelers), as well as the music from the 70s TV series The Protectors. And to his surprise, found himself the co-writer of Logic’s rap hit Like Woah, based on his 1973 recording Liquid Sunshine. He has also returned to writing concert music, creating a song-cycle Cante Jondo based on the Siguirya poems of Federico Garcia Lorca for soprano Marie Angel, and commissioned works for the Beacon Community Choir, Beacon and Pictures At An Exhibition (with 20th Century works from Frida Kahlo to Jean Michel Basquiat.

His most recent work has been in Music Theatre, developing, with John Caird and director Lorne Campbell, Hard Times (based on the Dickens novel), which they have workshopped with the Royal Academy Of Music Post Graduate course, helping Caroline Slocock mount Ruth, the Musical (based on the life of Ruth Ellis) at the Actors Church in 2019 and working on a new and exciting project for Willem Metz in Europe with Shaun McKenna on book and lyrics and Vincent Patterson directing. His Musical In Another Century, set in the 1916 Dublin Rising, will be presented later this year by the Music Theatre students at the London College Of Music.  In the meantime, his home recorded/filmed jazz suite Alone Together is on YouTube.